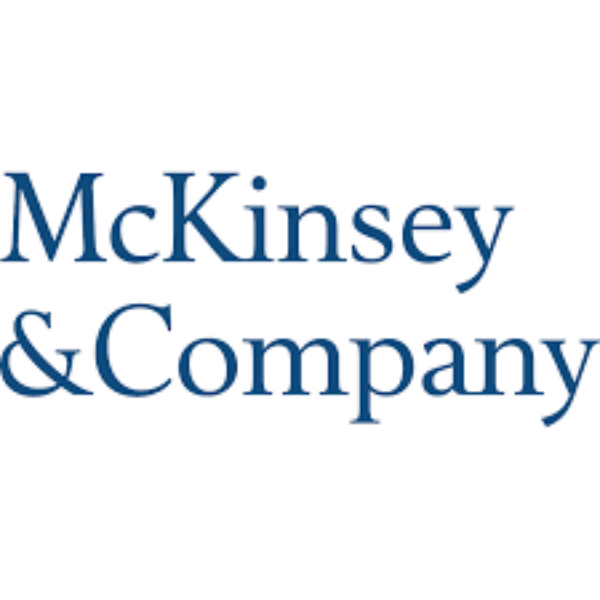 We believe this is a seminal article on innovation and how corporates can do innovation properly. Of this article, we liked very much the “high independence/low hierarchy/high accountability” framework for innovation departments and the mention of creating processes to “digest” innovation and hiring people that have a broad experience to think more outside the box. We would probably add the critical need of a link to “market” people, being them sales or marketing who should assess the chance of a new product on the market.

It’s an extraordinary time for innovation. Technological change and industry disruption seem to be accelerating. And digital information networks are linking individuals, organizations, and nations as never before.

Even as opportunities grow to exchange ideas and cross-fertilize innovative impulses across organizational boundaries, we’re also seeing a renaissance of something decidedly traditional: the corporate R&D department. Concentrations of scientific talent at institutions such as Bell Labs and PARC (a Xerox company) once ruled the innovation roost, but many company R&D units lost their luster as cost pressures made them less tenable and the digital revolution enabled smaller organizations to make outsized innovation contributions. Recently, though, a new generation of corporate R&D powerhouses has been emerging at technology leaders such as Amazon, Google, and Microsoft. The advance of artificial intelligence, for example, is creating a new set of innovation opportunities for these leaders.

All this has gotten me thinking about the lessons I’ve learned during a 40-year career in science and technology at HP Labs, Agilent Technologies, Avago Technologies (now Broadcom), and, currently, Corning Research & Development Corporation, where I serve as a division vice president and chief technologist. I believe that the forces behind the resurgence of corporate R&D departments have implications for most every company’s innovation efforts. We all need mechanisms and a culture that encourage the embrace of new technologies, kindle the passion for knowledge, and ease barriers to creativity and serendipitous advances. In this article, I’ll offer a number of ideas from my career for creating such a culture. I’ve focused on lessons that seem less intuitive, since some of the obvious ones—invest; attract talent; focus on linkages between idea development, product creation, and consumer adoption—have been covered extensively elsewhere.

In my experience, innovative cultures start with a philosophy and a tone—one analogous to the classic parenting advice that children need both “roots and wings.” As an innovation leader, you must ground creative people in accountability for the organization’s objectives, key focus areas, core capabilities, and commitments to stakeholders. Then you give them broad discretion to conduct their work in service of those parameters. Obsessing too much about budget and deadlines will kill ideas before they get off the ground. Once your scientists understand that they are ultimately accountable for delivering practical products and processes that can be manufactured affordably, you can trust them to not embarrass you by wasting a lot of money and effort. This trust helps forge an innovation culture.

Innovation parenting also pays attention to innovators’ social development. Millennials, in particular, will expect and seek out opportunities to interact with people who interest and excite them—exchanges that should, in turn, build innovation energy. To help individuals see where their work fits in the knowledge ecosystem, encourage relationships with colleagues in the internal innovation chain, from manufacturing to marketing and distribution. I ask my new hires to generate a list of who’s who at Corning within the first few months on the job. This helps them overcome the assumption that many hold that they must do everything themselves. That’s nonsense; others within the organization often have already sorted through similar problems. Understanding that early in one’s tenure reduces wasted effort and can inspire new bursts of collaborative creativity.

You can reinforce the cultural benefits of innovation parenting by opening up organizational space to allow innovators to bypass barriers and hierarchies that often sap creativity. I recall a scientist who had just returned from a conference in Japan and who barged into my office with a fierce determination to immediately begin work on a new (at the time) kind of laser that promised very low-cost computer interconnection. He had just met the inventor of the laser and had gone through a back-of-the-envelope analysis showing its feasibility. Realizing that his own expertise wasn’t a direct fit for developing the new laser, he assembled a small team of engineers and technicians and reached out to a couple of University of California professors who had already started work in the same area. The lesson? If he had not insisted on going to the conference; if I hadn’t broken the rules and let him travel; if we hadn’t given him the resources to start the work; and if he had not asserted that the best time, however painful, to rethink the company’s direction was during a down cycle, we would not have been the first company to develop this widely adopted technology.

Most companies value unconventional thinking, assuring brainstorming participants that there are no bad ideas and urging them to think outside the box. But you should also encourage the truly impractical in some situations—for example, when conducting scenario-planning exercises to unearth potential competitive threats. In a recent session, one of our most respected scientists asked what would happen if a rival developed a way to deposit magnetic films on glass without high temperatures, challenging one of Corning’s industry-leading capabilities: creating glass that withstands high temperatures for industrial uses, such as information technology for data centers. People laughed and ribbed him as though he had referred to the fourth law of thermodynamics. But it ultimately triggered a discussion about temperature range, what new possibilities might arise, and what kinds of resources would be needed to address potential challengers.

Corning’s CEO, Wendell Weeks, is always setting the bar beyond what is reasonable. Recently, an engineer proposed a brilliant solution for increasing the efficiency of a technology by 25 percent. Weeks asked, “Why not 50 percent?” The engineer was flabbergasted at the outrageousness of the question. But then he started considering what it would take to achieve that goal. Even though 50 percent was not realistic, the question prompted him to think of possibilities that he would not have considered otherwise.

Conventional wisdom holds that organizations die of starvation from a shortage of good ideas and projects. In reality, they are much more likely to die of indigestion. A surfeit of projects with inadequate staffing makes delivering on anything less likely. When I see a scientist committed for 15 percent of his or her time on a project, and others for 5 percent, I become pessimistic about the effort, since there’s no real ownership, progress often is slow, and team members get frustrated. Scientists should stick to two projects—having only one can be boring; having three can overextend you. Concentrating on two projects allows immersion in a primary project, with the possibility to shift gears to the other project if the first one hits a temporary roadblock.

Relationships that extend beyond the boundaries of the organization are invaluable to acquiring and distributing knowledge. I’m fortunate that the contacts I’ve built through a career on the front lines of research have made it possible for me to stay in touch with a diverse array of large companies, start-ups, venture capitalists, national labs, and universities. I gain a lot from exposure to these innovators, and I also try to give back to them—for example, by explaining Corning advances such as bend-resistant optical fibers, Gorilla Glass, and technologies for drug discovery, to name a few.

These discussions sometimes lead us to bring teams from outside Corning together with innovators inside, which may yield coinnovation or joint-development agreements. When others truly understand your innovations, doors to collaboration swing open, giving partners insights into how to further develop and commercialize your technologies. For instance, after a trio of Corning scientists solved the tricky problem of bending optical fibers in a very tight radius without appreciable performance losses, sharing this breakthrough enhanced Corning’s reputation and ultimately made “fiber to the home” a reality worldwide.

These relationships have also produced leads in emerging Silicon Valley technologies—such as virtual and augmented reality, interconnections in data centers, and advanced displays—where there is potential for Corning involvement. And they have helped us import helpful, new management practices, including better ways to evaluate innovators’ performance, faster resource reallocation, and the design of physical work environments that encourage idea sharing and creativity.

No culture can be innovative without great people, and the demands on innovators have never been greater. It used to be the case that R&D organizations could hire a top scientist to work on a specific project. In today’s febrile competition for those with the most diverse skill sets, this limited approach doesn’t cut it. Instead, R&D leaders need to hire people who are willing to join multiple projects and to move from one to another as needed. Call them ambidextrous; call them system thinkers. These are people who want to solve problems that matter and that take them from invention to final product. They constantly push for improvements and create their own luck by sensing what is happening in their field and then applying their observations and experience to problems. At Corning, we ask scientists not only to invent new materials but also to help develop the processes needed to mass-produce them.

Identifying, recruiting, and retaining deep scientists, interdisciplinarians, and visionaries requires new thinking and good connections. Maintaining close relationships with influential professors at leading universities who can connect you with promising graduates is key. A few years ago, a professor friend from Stanford University called to let me know that one of his best students was graduating—one with expertise in optical technology. Though she had several offers in hand, he sensed that she would be a good fit for Corning. After an introduction, I immediately made her an offer, even though I didn’t have an opening. I called my boss (Corning’s chief technology officer, David Morse) to break the news, and rather than the expected rebuff, he asked, “Do you have any more people like her?” The boldness paid off, as she designed and built the industry’s first optical cable for consumer applications and has spearheaded many other critical efforts.