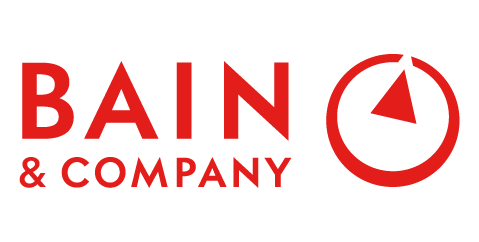 Labor 2030: The Collision of Demographics, Automation and Inequality

It's very hard to get these macro trends right, but clearly, automation is something every executive should have a plan about. Calling the end of low-skill jobs is an easy one, but it's very hard to assess how politics will answer these changes with the "good" outcome of a upskilled workforce requiring significant investments & incentives in education.

Demographics, automation and inequality have the potential to dramatically reshape our world in the 2020s and beyond. Our analysis shows that the collision of these forces could trigger economic disruption far greater than we have experienced over the past 60 years (see Figure 1). The aim of this report by Bain’s Macro Trends Group is to detail how the impact of aging populations, the adoption of new automation technologies and rising inequality will likely combine to give rise to new business risks and opportunities. These gathering forces already pose challenges for businesses and investors. In the next decade, they will combine to create an economic climate of increasing extremes but may also trigger a decade-plus investment boom.

In the US, a new wave of investment in automation could stimulate as much as $8 trillion in incremental investments and abruptly lift interest rates. By the end of the 2020s, automation may eliminate 20% to 25% of current jobs, hitting middle- to low-income workers the hardest. As investments peak and then decline—probably around the end of the 2020s to the start of the 2030s—anemic demand growth is likely to constrain economic expansion, and global interest rates may again test zero percent. Faced with market imbalances and growth-stifling levels of inequality, many societies may reset the government’s role in the marketplace.

The analysis and business insights in this report can help leaders put these changes in context and consider the effects they will have on their companies, their industries and the global economy.

Chapter 1 explores the impact of aging populations and the end of plentiful labor. The baby boomer generation powered a long but temporary surge in labor force growth. Now this group is moving into retirement, and labor force growth is slowing. That, in turn, imperils growth.

Chapter 2 examines how automation may solve one problem by increasing productivity and powering growth but creates another by potentially eliminating millions of jobs and suppressing wages for many workers.

Chapter 3 looks at how rising inequality could threaten growth. Demographic shifts combined with the next phase of automation will increase income inequality from already high levels. Middle- and low-income families are likely to be hit hardest, putting downward pressure on consumer spending and growth.

Chapter 4 traces how developments are likely to unfold in the turbulent 2020s. Investment in new automation technologies should fuel a period of robust growth. When it tapers off—sometime around the end of the decade, based on our estimates—growth is likely to become severely demand constrained.

Chapter 5 considers the outlook if governments intervene more actively in the marketplace to address economic imbalances. Their options include tax, labor market and regulatory interventions. The manner and likelihood of such interventions will vary greatly from country to country.

Chapter 6 focuses on the practical business implications of these trends for leadership teams, including the need to adjust to a macro environment that veers between extremes.

We call the coming period of upheaval “the Great Transformation” and define it through 10 interlocking themes, including the changing ages and stages of life, the rise of platforms and post-globalization in geopolitics. Our research indicates that the depth and breadth of changes in the 2020s will set apart this transformation from many previous ones.